Veteran South African bloggers are looking over their shoulders with smug “I told you so” attitudes as a new crop of young bloggers proclaim their own slice of cyberspace and blog readership.

Even big business, the media and the publishing industries are starting to take the blogosphere more seriously as they dip their toes, testing the waters of engagement. 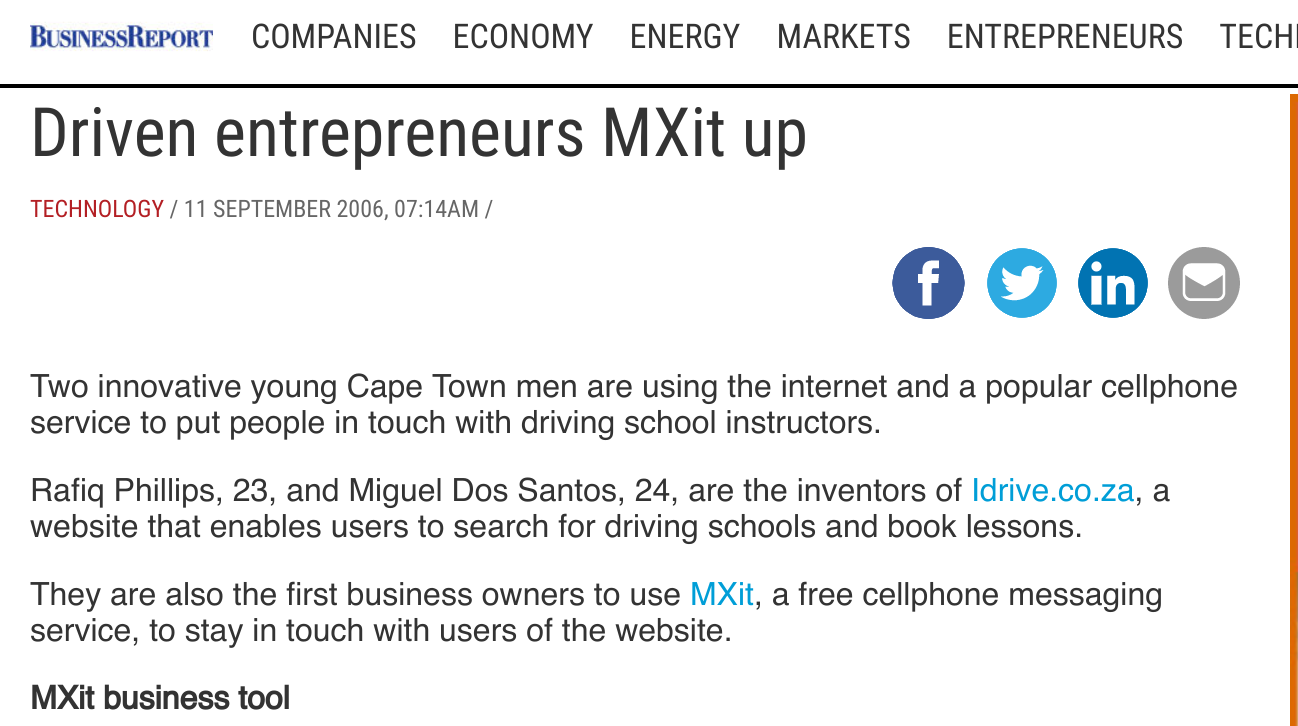 Rafiq Phillips, 23, and Miguel Dos Santos, 24, are the inventors of idrive.co.za, a website that enables users to search for driving schools and book lessons.

They are also the first business owners to use MXit, a free cellphone messaging service, to stay in touch with users of the website.

MXit business tool
Their innovation has proved such a success that they have been nominated for the Top Information and Communication Technology Youth Innovator Award in Africa.Both are Cape Peninsula University of Technology students. 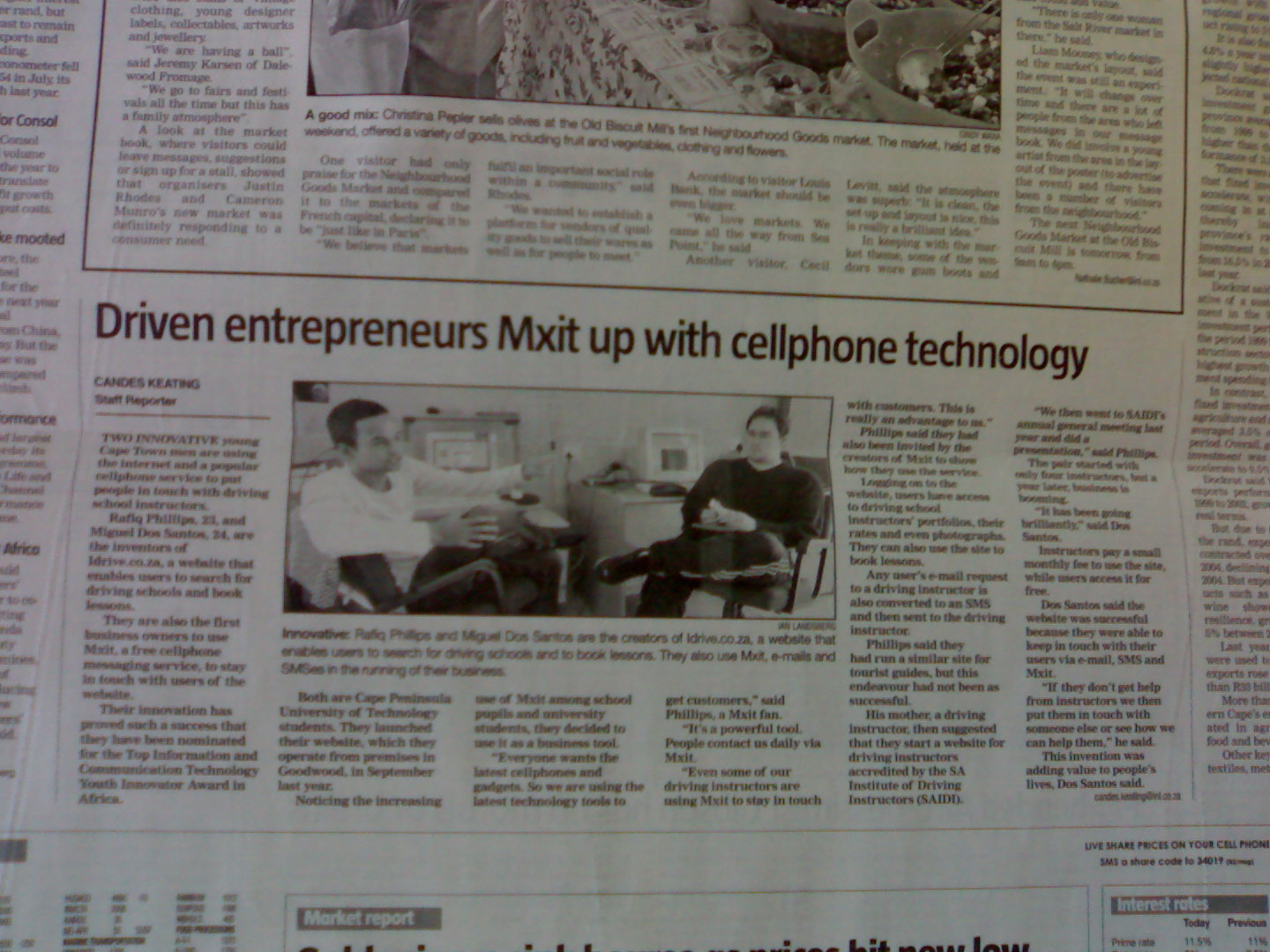 Which led to an article in the Business Report Parents should take responsibility for their children using MXit, says Herman Heunis, the creator of the instant cellphone messaging program.

The Cape Argus reported on pupils addicted to the service, spending hours on MXit, last week. One school began a support group for pupils hooked on MXit, while others banned cellphones.

Being quoted in this article on IOL led to this. 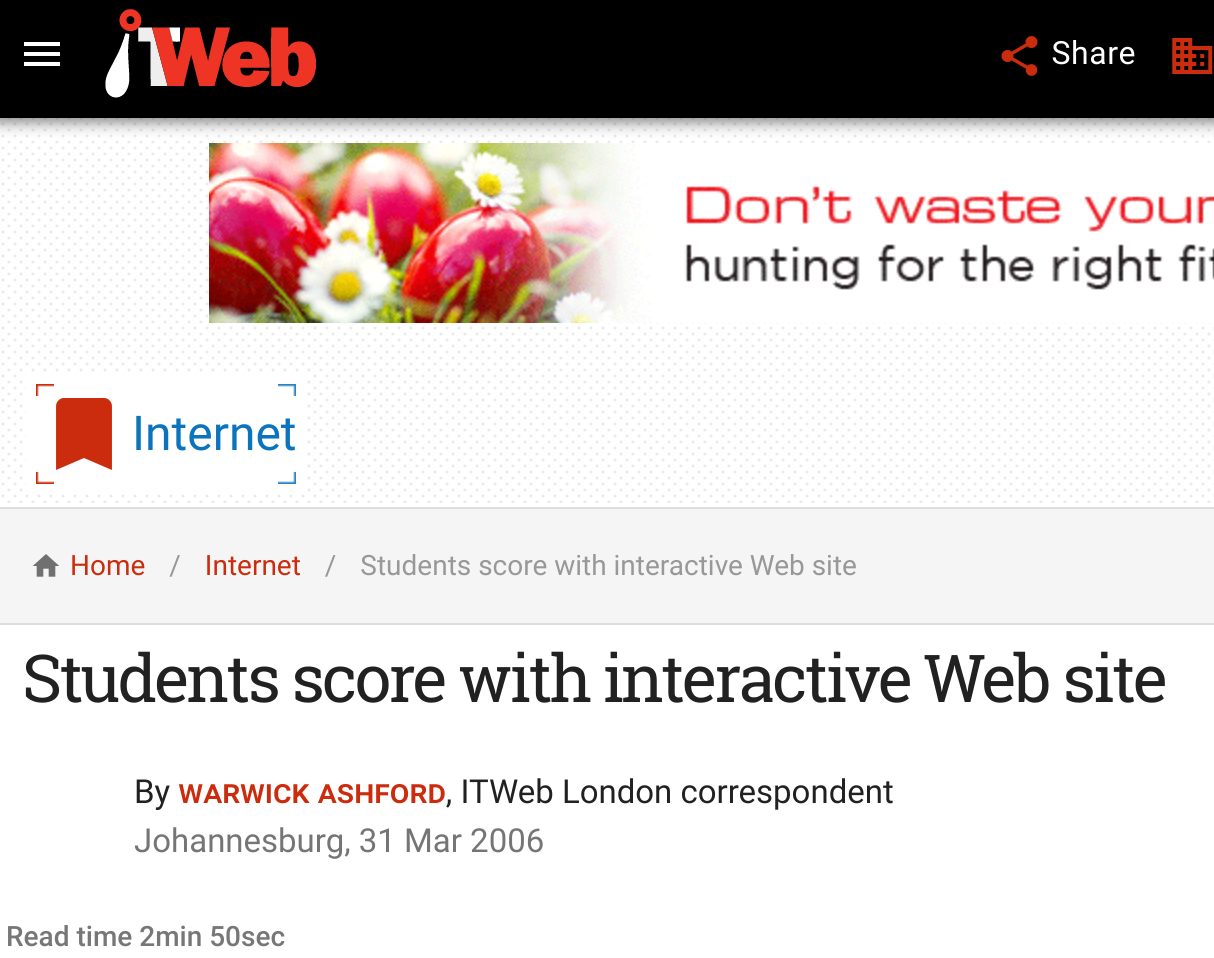 In line with an international trend towards interactive Web sites, two Cape Peninsula University of Technology (CPUT) students have developed a driving school search engine for learner drivers in SA that has won them a place in the National Innovation Competition for IT-based projects.

Rafiq Phillips and Miguel dos Santos won the CPUT competition with their iDRIVE.co.za Web site, which enables users to search for driving schools…

"It seems we're on a journey, a trip through space and time
And somewhere lies the answer
To all the questions why" - ABBA - Move On 1977